Web 3.0 and Its Impact on Businesses

The internet is at the precipice of a new age. With the advent of blockchain technology, Web 3.0 seems to be the next evolution of the internet as we know it. And while many skeptics think its proposed benefits are still unproven and unclear, more and more people have already begun developing and innovating novel blockchain alternatives to the software and apps we use today.

But let’s rewind before going forward to provide context on how we arrived at Web 3.0.

Web 1.0 refers to the internet era that only had static web pages filled with hyperlinks. Websites from this time could only show simple text and info. There wasn’t much you could do on these pages in terms of interactivity or data storage; you could read and click on links for more information, but that would be the extent of most websites.

During this time, most business websites held cluttered information about a company’s products, services, and contacts. Many people today would likely be unfamiliar with what these websites looked like. Emails were also available but with only the most basic of features.

As we entered the 2000s, developers began using programming languages such as JavaScript and improved versions of HTML and CSS to make websites more interactive. Users could now do more and communicate with business owners in much more impactful and meaningful ways in real time.

This era also came with the rise of social media, giving users and brands a voice through which they could share their opinions with the world.

Between 2000 and 2015, the number of users had increased from 738 million to a staggering 3.2 billion. With this growth, however, large corporations began to realize the unfathomable amount of personal data they had in the palm of their hands.

Data has become an extremely useful and valuable asset. So useful, in fact, that companies such as Google, Facebook, and Amazon began stockpiling these data in their servers and used some of the most complex analytics tools to glean insights into consumer behaviors, browsing habits, and identities.

This competitive business edge meant they could precisely target customers with tailor-made ads, marketing made efficient. It was an enviable advantage that aspiring SMEs could not hope to match. 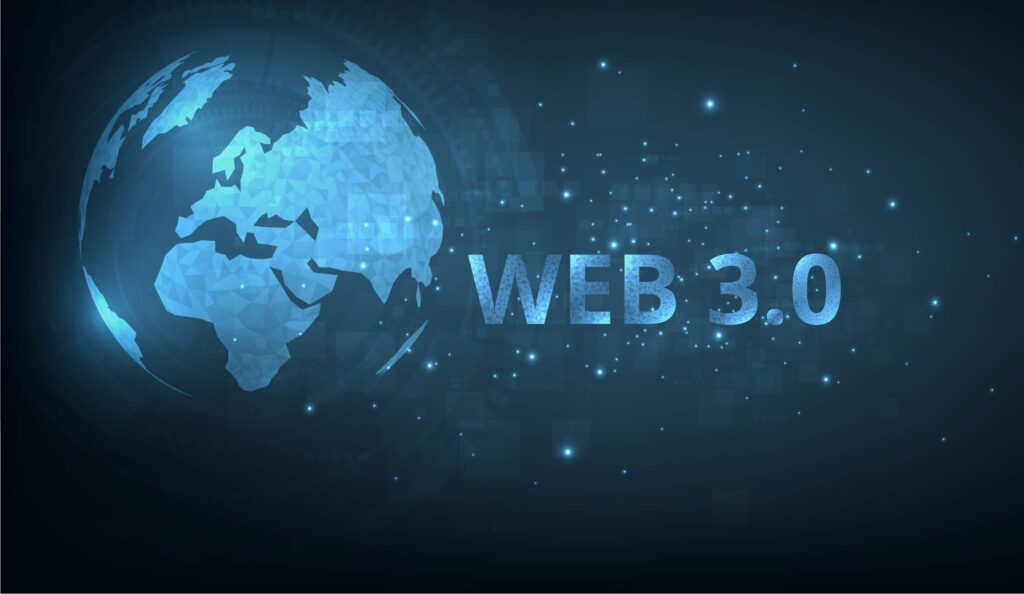 There is a massive schism between opinions on what Web 3.0 is. Some tech enthusiasts have heralded the blockchain technology behind it as the revolutionary step we need to decentralize the internet and regain control of our data. With disruptive innovations such as decentralized finance (Defi), we could cut out the financial intermediaries such as banks and perform secure transactions between private individuals.

The growing movement of Dapps(Decentralized apps), initially started and developed on the Ethereum network with Solidity, would give us better alternatives to the social media, gaming, and finance applications we use today.

Web 3.0 was going to empower more people on the internet.

Others, however, are unconvinced of the hype behind Web 3.0, citing all the many problems that will arise if it is adopted on a global scale. Issues about the amount of energy a blockchain consumes to confirm just a single transaction across the whole network, limited real-world applications, and better existing technology are often cited in arguments against it.

There are also a lot of horror stories, from people losing their life savings in the Luna and Terra stablecoin crashes to scummy pump & dump coin schemes in the crypto sphere, which have severely damaged public perception of crypto and blockchain technology in general.

That said, should you still pursue a business in this new arena?

As with the hardest questions in life, the answer is: it depends. New opportunities await in Web 3.0 with just as many risks, though that could be said with any business endeavor.

SMEs trying to navigate this new foreign space will be confronted with a vast, tumultuous sea with uncertainty in all directions as there are still plenty of unexplored territories. Some will be paralyzed by this, while others will see this as a golden opportunity to have the first-mover advantage.

Here’s a list of some of the best Web 3.0 business and investment opportunities in this new frontier:

As mentioned earlier, the advent of blockchain technology has also given rise to the previously mentioned DeFi model. It’s a growing system that’s hoping to challenge traditional banking models and bring cryptocurrencies to the masses by connecting individuals directly and without barriers to entry.

With DeFi protocols, transactions, such as lending and borrowing, are verified through the blockchain network, a public ledger that everyone can see. This is vastly different from our current financial system, which requires several intermediaries, such as a brokerage and the banks they’re connected with, who each keep a unique ledger for themselves.

With the concentrated and well-coordinated efforts from developers on the Ethereum network, DeFi has already seen some impactful use cases in asset management, derivatives, and insurance.

Currently, Microsoft Azure, AWS, and Google Cloud have a firm monopoly over cloud storage technology, holding over 70% of the cloud infrastructure that supports the internet.

Though still relatively new, a few companies in the space are already developing blockchain projects, such as Storj and Filecoin.

Web 3.0 will be a place where content creators, writers, and artists can share their work without censorship and limitations. These professions won’t have to worry about being paid and will no longer need to rely on big corporations and private media networks to host their content.

The new economy will be based on user engagement and attention without being bound to ad revenues.

These are just some fields and professions that are now experiencing some form of disruption and change. There are still plenty of unchartered territories to be explored. As Web 3.0 continues to be developed, we might see new companies emerge and shake up previous monolithic corporations and industries.

With blockchain technology’s emphasis on decentralization and transparency, Web 3.0 will encourage businesses to adopt a more user-centric and anti-monopolistic view in managing their processes and approaching customers.

There will also be a massive shift in how we handle data as we move away from surrendering vast amounts of personal data to large corporations. Users will have more control of how their data is viewed, greatly reducing the instances of data privacy hacks.

Different sectors, such as the ones mentioned above, may need to adopt new systems and processes to accommodate the changes that Web 3.0 may bring to their field, lest they get left behind and become obsolete.

Wherever this new technology pushes our world and economy, we know one thing for sure: people are essential for company growth. We will need professionals to help build and support new and innovative business ventures in this new environment. iSupport Worldwide is one of the leading US-owned offshoring and outsourcing providers in the Philippines.

We pride ourselves on our ability to adapt to the ever-changing job economy to help our clients optimize their growth goals, whether in the traditional sense or in Web 3.0. We can help you reduce labor costs by up to 70% while you maintain 100% control over your team.

Connect with iSupport Worldwide today through: