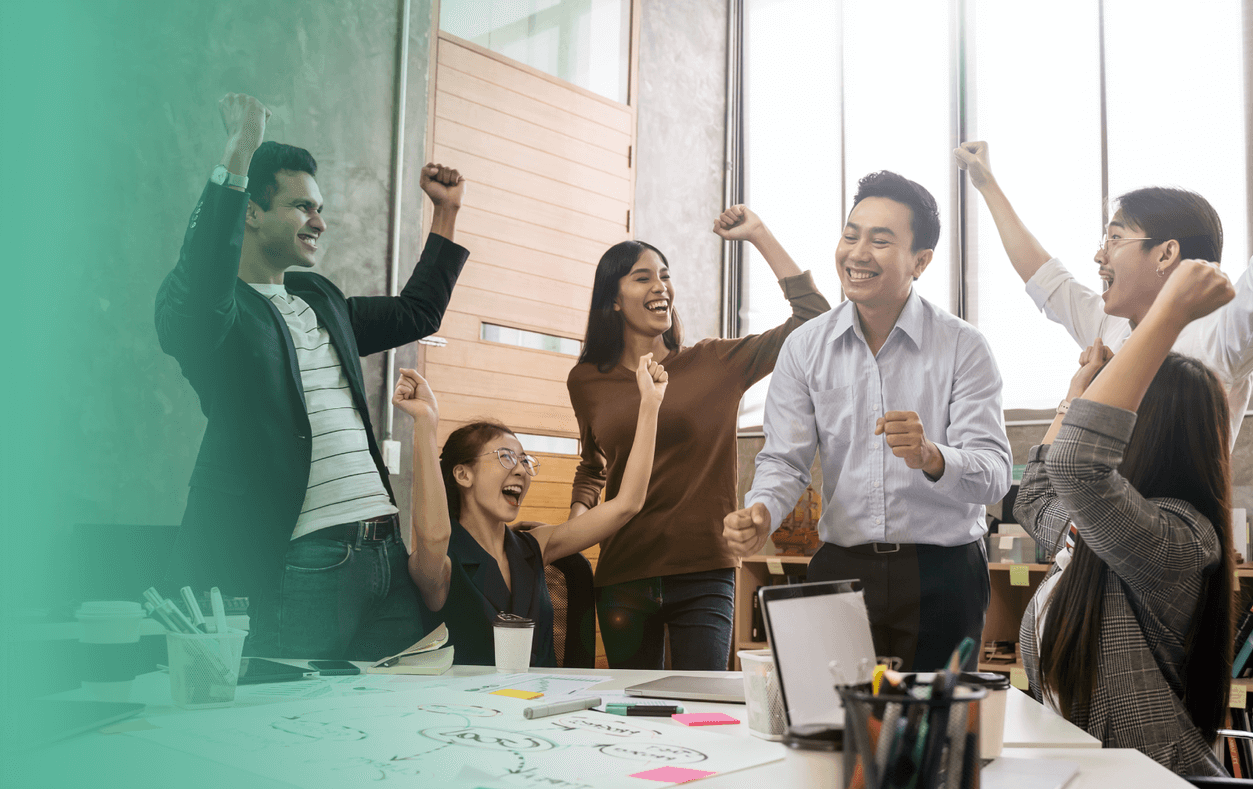 3 Top Reasons Why Outsourcing to the Philippines is a Must

3 Top Compelling Benefits and Advantages of Outsourcing to the Philippines 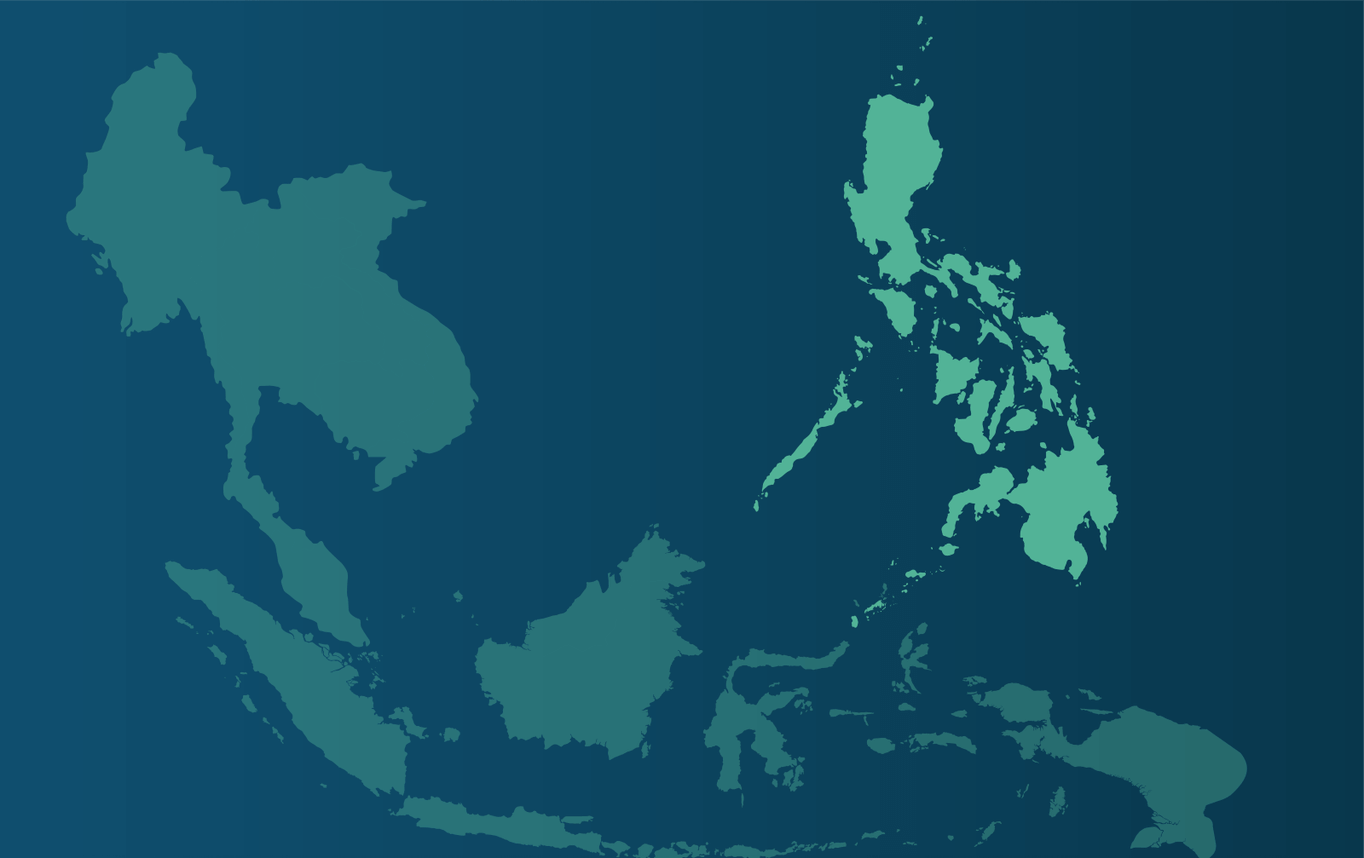 A quick search on the internet directs you to plenty of posts and resources talking about the advantages of outsourcing to the Philippines. They all have their merits, especially since it is well-established that the country is among the top outsourcing destinations of globally competitive companies. The amount of BPO companies and the rapid growth rate of the entire industry show why the Philippines earned the moniker “BPO capital of the world.”

Most of these pages list down the advantages of outsourcing to the Philippines. However, not a lot of them expound on these points. Detailing how and why the Philippine workforce offers more upside than its rival nations is necessary. This gives business owners a clearer idea of how genuinely advantageous it is to partner with Philippine-based companies that provide outsourcing and offshoring solutions.

This post will provide you with a more in-depth view of the benefits and advantages of outsourcing to the Philippines. Bookmark this page or download a copy for quick reference to valuable insights and resources for when you are ready to begin offshoring business functions.

Mastery of the English Language and Neutral Accents

Most outsourcing and offshoring destinations have entirely different cultures from the countries they service. Finding one that shares language proficiency and work culture with your company and your target audience can typically be quite challenging.

Suppose you’re operating in the United States of America, the United Kingdom, Australia, New Zealand, and the like. It’s imperative that you outsource or offshore where people are fluent in English, the widely-recognized business language in your area.

Consider the Philippines. While there are at least 175 local dialects in the country, it might surprise you to know that aside from Filipino, the national language, English is also widely used.

English became an official language in the Philippines thanks to the early American influence on the educational system. Amid the tensions surrounding the American colonization from 1898 to 1946, Americans aim to spread the language across the nation. This encouraged Philippine academic institutions to welcome English as much as the native tongue. The free education system introduced American teachers that helped develop the Philippines into becoming an English-speaking country.

In 1946, the United States recognized the valiant Philippines as an independent nation. A long-standing friendship between the two countries remains strong to this day. The Philippine locals’ affinity for Western culture also helped keep English part of the culture beyond education.

Besides being an outsourcing hub for businesses, the Philippines is also a hot spot for travel and tourism, further encouraging locals to interact with tourists in English.

Communication in both business and social aspects has never been a problem because of the significant local grasp of the English language. 98.2% of Philippine workers know how to speak English, further supporting its stance as one of the top English-fluent countries in the world. The country’s English proficiency ranks second in Asia, scoring high marks in Education First’s 2020 English Proficiency Index.

All other lists that discuss the advantages of outsourcing in the Philippines stop at this point. However, they missed out on a significant feature that could prove vital for business owners. Among the many outsourcing nations that boast proficiency in the English language, the Philippine workforce has a distinct accent advantage.

Philippine workers learn to Americanize their accent and words through an established ESL (English as a Second Language) educational system. There might be a hint of Spanish in the accent due to another colonization period. However, the combination of three distinct cultures makes for a pleasant accent easily understood by locals and foreigners.

The high proficiency resulted in the Philippines earning another moniker: “The Call Center Capital of the World.” The mastery of both language and accent makes Philippine workers more attractive to English-speaking companies than other outsourcing nations. Communication issues are at a minimum when foreign business owners seek outsourcing services in the Philippines.

It took many years of continuous success before the Philippines earned its reputation of being an outsourcing giant. Most businesses think of the Philippines as a cost-efficient space and recruitment pool for call center roles. However, the local workforce can offer support on business functions beyond those needs.

While being known as the “Call Center Capital of the World” comes with great benefits, the moniker makes it hard to shake off the limitations set on Philippine workers. For a long while, other high-demand roles and business functions were mainly left unexplored.

Fortunately, the Philippine national government recognized the rapidly growing BPO industry and showed its full support. Besides creating laws that entice more foreign businesses to set up shop in the country, the government provided BPOs with initiatives that sustain outsourcing infrastructure and bolster education to feed more workers to the BPO workforce.

As a result, the list of business functions outsourced by foreign companies grew transcendently to include even hard-to-fill roles for e-Commerce and Digital Marketing, Web Development and IT, Finance and Accounting, HR and Recruitment, and Virtual Assistance. 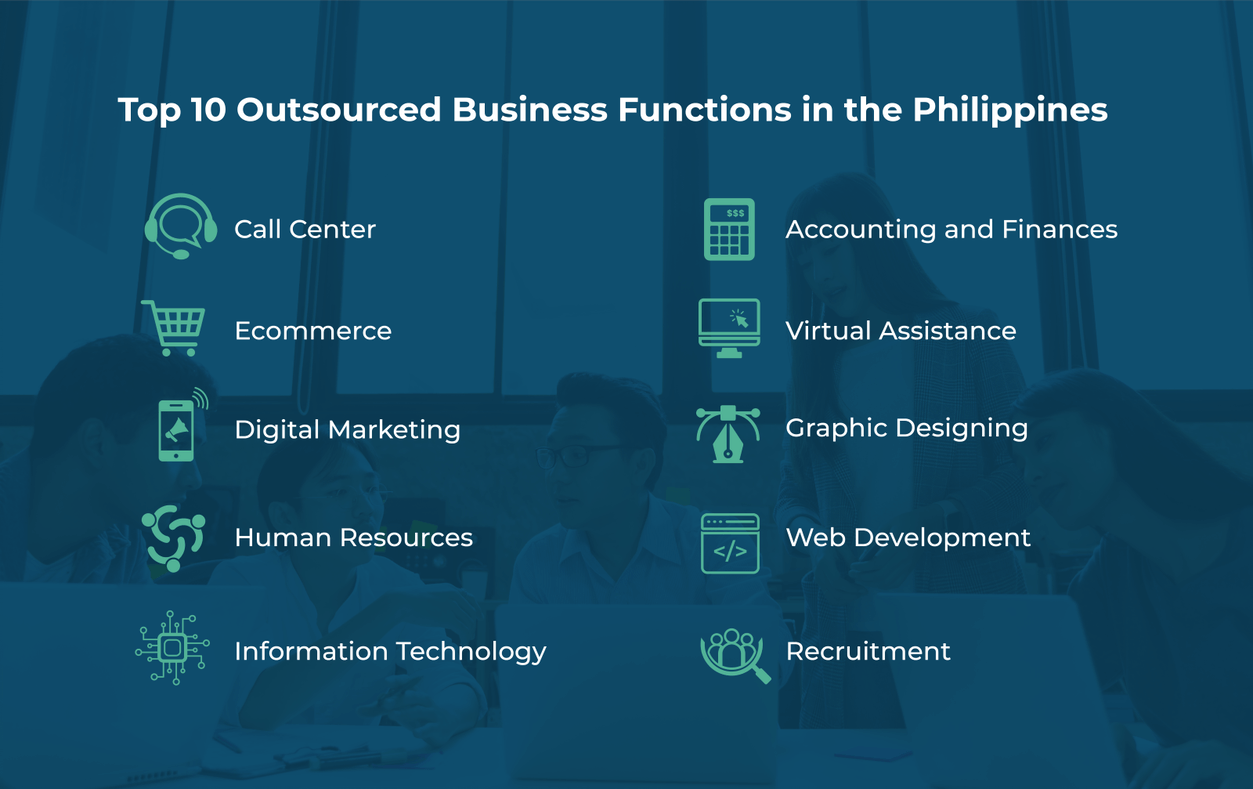 Contrary to popular belief, outsourcing and offshoring do not only help companies reduce costs. Outsourcing to the Philippines also allows businesses to access in-demand skills, invest in the best talent, and build the right team for their needs.

The digital age makes outsourcing a popular solution for many businesses since physical barriers have fewer effects on how a company runs its operations. For example, the number of mid to high-level jobs outsourced to the Philippines for the IT industry in 2020 alone rose to 19%. This reflects the potential that a talented Philippine workforce can provide. As long as the BPO industry remains the primary economic pillar of the country, the national government support and the education system will continue to improve. 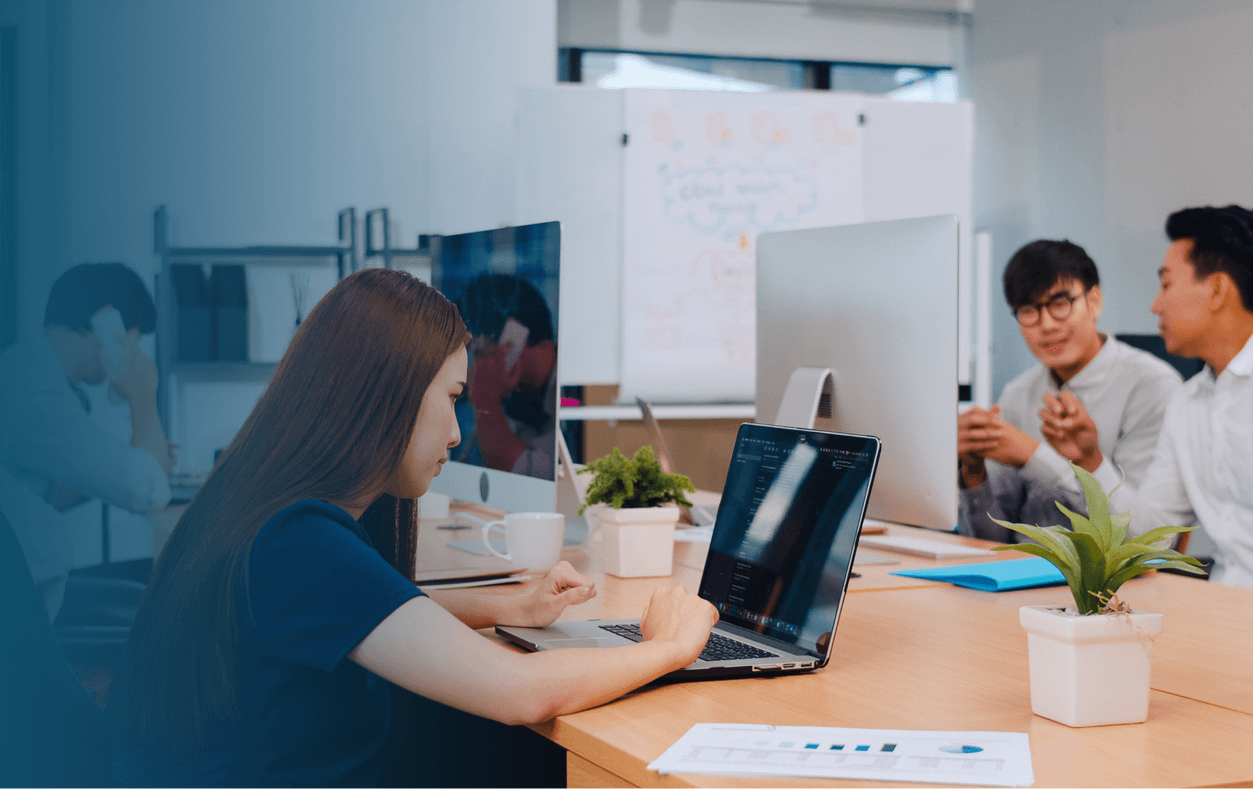 It is challenging to create metrics to establish how we can determine an individual’s work ethic, much more an entire country’s population. It is an inexact science despite the many attempts to grasp the multidimensional components present in every situation. The truth is: there is no definite explanation on how to measure work ethic.

Employees can have a bad day and still produce high-quality results. However, a preview into the Philippine culture can help foreign business owners understand why locals established a reputation of having high work ethics.

Outsourcing companies that cater to foreign businesses know that adjusting to different time zones should be part of the complete package. For Philippine workers, it means having to work on flexible work hours, even leading up to night shifts.

Most BPO employees must also work during Philippine holidays, working for foreign companies that might not recognize those dates as non-working occasions. Take a look at the top countries that outsource to the Philippines the most:

Despite the challenges with time differentials, outsourced Philippine employees remain willing to adjust their schedules to get the work done. This is because the Philippine BPO workforce is relatively young, gritty, and active. The entire population regards the outsourcing industry as a stepping stone to shape their respective careers, carving a path to long-term success within the field.

Philippine workers, especially those in their 20s, value experience. Working for multinational or foreign companies is an attractive opportunity for them to showcase their talent and adaptability. The BPO industry shapes them to become more valuable and experienced future leaders. High work ethics are the definition of Philippine workers, and time zone differential is only a minor challenge.

You can download our educational brochure about Philippine culture to learn more about the locals’ high work ethics.

High work ethics are also present outside of the BPO industry. You might have heard about Overseas Filipino Workers (OFW) – Philippine employees who leave their motherland to find jobs to improve themselves and provide for their families at home.

If there is one thing that Filipinos value more than work, it is ensuring that their loved ones are safe and thriving. Going abroad to find a high-paying job by yourself is challenging in itself. However, having to ship most of the income to your family at home is a heartbreaking routine, but it works.

Ten million Filipinos have to endure the hardships of separation, depression, and unfamiliarity to provide a good life for their respective families. This shows Philippine employees’ determined and hard-working nature, highly celebrated by employers fortunate enough to experience it.

If cutting costs and expanding your company’s skill set is your primary reason for outsourcing or offshoring, the Philippines should be your top choice. An offshore Philippine team is a long-term investment in high-value assets for your company coupled with an organization ready to support your operations 24/7.

For hassle-free recruitment of your top Philippine teams, you need to partner with the best Philippine offshoring companies that can work with you hand-in-hand every step of the way. iSupport Worldwide offers nothing but the best service to our clients. To inquire, get started with your white-glove offshoring solution, or have a short consultation, book a call with us.